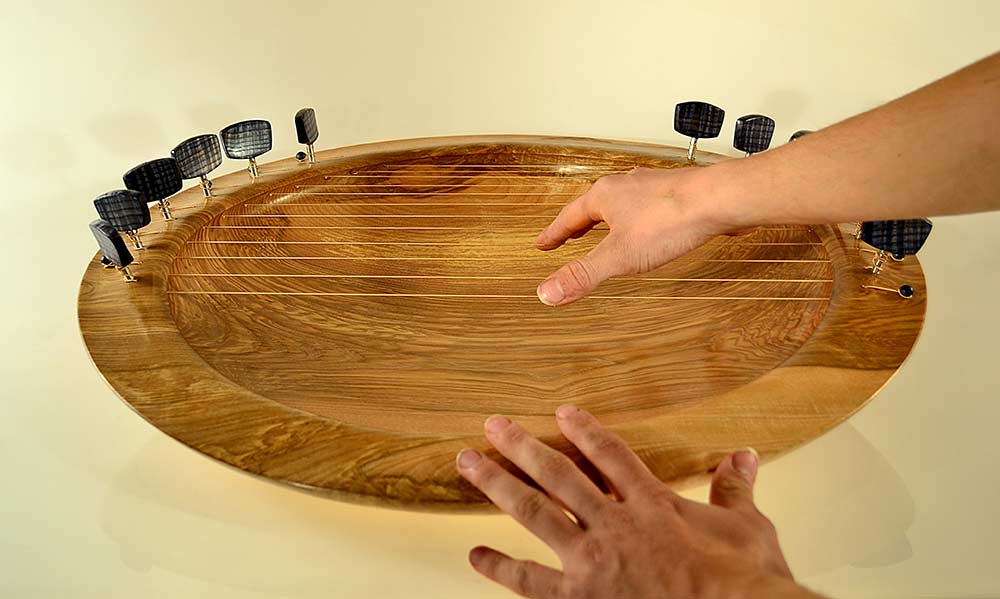 Music therapy is SO much more than just listening.

Music itself is powerful. Truly listening to music is one way of allowing music to affect us. Having music played to us, especially if we are not familiar with that type of music may or may not have an effect on how we feel and function. In this study below scientists found that making some effort to create musical sound was FAR more effective than pressing some buttons to reproduce a sound.

In this study Tibetan Singing Bowls were used. Sounding Bowls require slightly more application of skill that Tibetan bronze bowls but it is still possible, even for people with limited hand movement to create extremely rewarding sounds on Sounding Bowls. If, sa shown below results in changes in brain function follow on creating rewarding musical sounds through the application of manual skills then it follows that results from Sounding Bowl use will exceed those described below.

A recent study conducted at Baycrest Health Sciences has uncovered a crucial piece into why playing a musical instrument can help older adults retain their listening skills and ward off age-related cognitive declines. This finding could lead to the development of brain rehabilitation interventions through musical training.

The study, published in the Journal of Neuroscience on May 24, found that learning to play a sound on a musical instrument alters the brain waves in a way that improves a person’s listening and hearing skills over a short time frame. This change in brain activity demonstrates the brain’s ability to rewire itself and compensate for injuries or diseases that may hamper a person’s capacity to perform tasks.

“Music has been known to have beneficial effects on the brain, but there has been limited understanding into what about music makes a difference,” says Dr. Bernhard Ross, senior scientist at Baycrest’s Rotman Research Institute (RRI) and senior author on the study. “This is the first study demonstrating that learning the fine movement needed to reproduce a sound on an instrument changes the brain’s perception of sound in a way that is not seen when listening to music.”

This finding supports Dr. Ross’ research using musical training to help stroke survivors rehabilitate motor movement in their upper bodies. Baycrest scientists have a history of breakthroughs into how a person’s musical background impacts the listening abilities and cognitive function as they age and they continue to explore how brain changes during aging impact hearing.

The study involved 32 young, healthy adults who had normal hearing and no history of neurological or psychiatric disorders. The brain waves of participants were first recorded while they listened to bell-like sounds from a Tibetan singing bowl (a small bell struck with a wooden mallet to create sounds). After listening to the recording, half of the participants were provided the Tibetan singing bowl and asked to recreate the same sounds and rhythm by striking it and the other half recreated the sound by pressing a key on a computer keypad.

“It has been hypothesized that the act of playing music requires many brain systems to work together, such as the hearing, motor and perception systems,” says Dr. Ross, who is also a medical biophysics professor at the University of Toronto. “This study was the first time we saw direct changes in the brain after one session, demonstrating that the action of creating music leads to a strong change in brain activity.”

With additional funding, the study could explore developing musical training rehabilitation programs for other conditions that impact motor function, such as traumatic brain injury.

Research for this study was conducted with support from the Canadian Institutes of Health Research, which supported research staff and equipment.

Dr. Ross’ work is setting the foundation to develop hearing aids of the future and cognitive training programs to maintain hearing health.

The Rotman Research Institute at Baycrest Health Sciences is a premier international centre for the study of human brain function. Through generous support from private donors and funding agencies, the institute is helping to illuminate the causes of cognitive decline in seniors, identify promising approaches to treatment, and lifestyle practices that will protect brain health longer in the lifespan.

Light in the Heart-wood Announcing…

Joe Hornby at work on the 500th Sounding Bowl. A new milestone, made from fork-figured…

The Mythical Journey through Sound to Voice